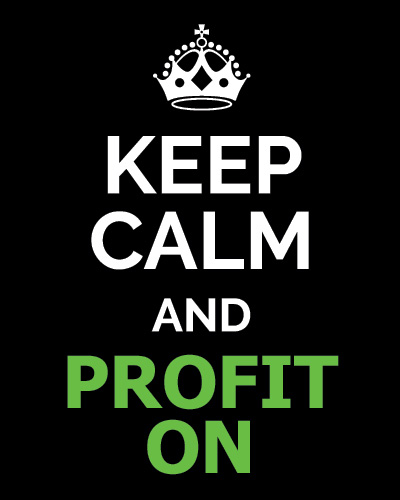 The key is to follow the simplest of trading rules: Aim for a larger reward than the potential risk. This means understanding the concept of risk/reward ratio, and it is taught the most basic of trading courses.

For example, if you set a stop loss at 100 pips and a take profit at 100 pips, this puts your risk/reward ratio at 1:1. That means you are risking the same number of pips you hope to gain. At the very least, you should at least use a 1:1 risk/reward ratio so that if you are only right half the time, you at least break even

If you are aiming for a 50 pip stop loss and a 100 pip take/profit, then you have a 1:2 risk reward ratio. This means you only have to be right 1 in 3 trades to break even.

As you decrease your risk and increase your reward ratio, the less often you need to trade in the correct direction to make money. The Aforex strategy has thrived on this principle.

The Aforex Myfxbook verified strategy has closed a total of 10,109 trades from October 2010 to October 20, 2016. Even though the winning percentage is just 46% of the trades closed with profit, this strategy has gained over 626% profit since its inception! The reason? We frequently close trades with small losses, which means that more actual trades have closed in loss. But the losses are cut when they reach the pre-determined stop loss amount because it is better to take a small loss early than a big loss later. And then the strong, trending, winning trades are kept open and when they are finally closed, historically and overall, the profits banked have a much higher gain than what was lost.*

Once you have a trading strategy with appropriate risk/reward, the next challenge is to stick to your plan. Most human traders do not have the self-control to cut the losses this way, and let the profits run. For those who trade manually, this is very difficult to do because there is the temptation to close trades prematurely, and all too often trades are closed with a smaller profit than the potential gain, or a larger loss than intended.

A better way to trade is to remove emotion from the equation by trading with a fully automated system that employs correct risk management settings. The Aforex strategy is immune to human emotions because the strategy is fully automated. Which means you can stay calm, and profit on.*