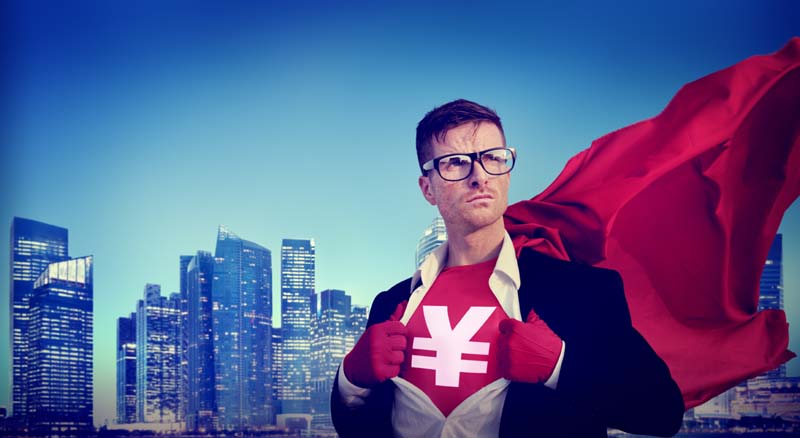 Highly volatile, action-packed and full of energy; are you brave enough to trade the yen pairs? Huge, sudden moves can either douse you with pips or drown you with losses. While all the yen crosses are considered beasts, Forex traders often call the GBP/JPY “the dragon” or the “widow maker”; this pair can really move!

If you are trading the yen crosses, (AUDJPY, EURJPY, USDJPY, GBPJPY) there are 5 things you should keep in mind

This pair is the leader of the yen pairs. Price action on the USD/JPY often seeps into the other yen crosses; so be mindful of what is happening on the Forex major pair. For example, if the USDJPY crosses over a critical support or resistance level, it may indicate that the GBPJPY will do the same.

2. Remember – The Yen Is A Safe Haven

The yen carries status as a safe-haven currency, and as such the yen pairs are heavily affected by shifts in risk sentiment. When the markets are in a risk-taking mood, currency traders ditch the low-yielding yen and look to trade high-yielding currencies such as the Aussie. Conversely, when risk is less, then the yen tends to rally.

Direct market interventions are not frequent, but if there is one currency most commonly affected it is the yen. These moves on the part of the Bank of Japan can cause wild spikes that can make or break you. So when trading the yen, it is important to assess the likelihood of the BoJ to intervene, which is more likely during a yen rally. Remember, the BoJ prefers a weaker yen for the overall Japanese economy.

4. The Time Of Day Matters

The yen pairs move with more liquidity during the open market hours in Asia, but just because the markets are closed in Japan doesn’t mean that the yen pairs have stopped moving. The EURJPY and GBPJPY experience good movement during the European session and the USDJPY can move a lot as the USA markets open.

Trading the yen pairs could be optimal for traders looking for large moves or volatility, but trading these pairs is not very smooth. Due to the yens volatile nature, and any of the crossovers can experience big swings in either direction at any given time. This choppy characteristic means that small stop losses and scalp trades can be more harmful than helpful, as trades may get stopped out prematurely on a spike. Make sure to set your stop loss on every trade, but not so tight to avoid false stop outs.

These 5 tips are to help you with tame the yen pairs, and we hope you’ll benefit from these suggestions.

At Aforex, our Trend Trader strategy benefits from price action on the AUDJPY, EURJPY, GBPJPY and USDJPY. From November 2010 until January 19, 2017 this trading strategy has gained 612% returns, and has performed consistently year after year. If you are nervous to trade the yen pairs manually, but still want to participate in trading opportunities, learn more about trading with Trend Trader.