Home A History Of MT4, and Why the World Won’t Convert to MT5 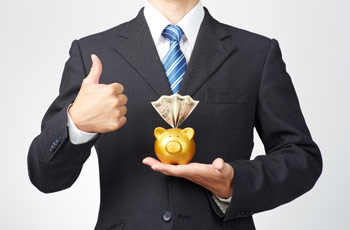 MetaTrader4, which we will refer to in this article simply as MT4, is an electronic trading platform generally employed by online retail foreign exchange speculative traders. It was developed by MetaQuotes Software and published in 2005. The software is licensed to forex brokers who offer the software to their customers.

MetaQuotes Software Corporation was established in Russia in the year 2000. Its first product, the FX charts, was online charting software that is used for margin foreign exchange trading for Windows PCs. Its gained immediate popularity among traders because of its convenience, speed, functionality and low cost compared to other specialized software that was available at that time. The triumph of FX charts motivated MetaQuotes to commence a new, more ambitious project referred to as the MetaQuote trading platform.

Although it bore a few similarities to FX charts, it was actually a new program, written completely from scratch, with more features than its predecessor. In particular, the new platform came with its programming language, the MetaQuotes Language (MQL), which enabled the users to program their trading strategies. It turned out to be even larger success than FX charts, and before long they were working on a new program referred to Metatrader.

Metatrader added a range of features to the MetaQuotes platform trading, and was again re-written from scratch to enable it to be faster, memory intensive and less processor. In addition to being able to trade Forex and CFDs, it could also be employed to trade futures and came with a new version of the programming language called MQL2. Further improvement and development followed, including the first mobile version of MetaTrader for PDA Palm, which was an immediate success with traders.

For the next version of MetaTrader, MetaQuotes aimed to develop MT4, on the basis that it was the company‘s fourth trading platform. Again, this was completely written from scratch, and it took almost two years to complete. Even before its launch in 2005, several brokers had decided to switch over to the new platform, and soon many more brokers were rushing to switch to MT4, which rapidly became the new standard for foreign exchange trading.

MT4 was developed with MQL4, which is significantly improved programming language used to create indicators and Expert Advisors (EAs), and is largely responsible for the explosion of interest in automated trading.

Today, MT4 is the industry standard platform for online Forex, CFD, and the future trading; and has been chosen by almost all the leading brokerage firms, including FXCM, AvaTrade and Pepperstone. In fact, it has become so popular that even MetaQuotes themselves could not convert traders to their newer and improved platform, MetaTrader5 (MT5)

MT5 was released in 2010 with a host of new features and improvements, as well as the ability to trade stocks. However, the acceptance by clients and brokers has been very slow, and it has so far failed to match the success of its predecessor.

There is an extensive community of trading programs that has built up around MT4 and the popularity of third-party applications such as Expert Advisor (EA) and Indicator software programs that are not compatible on the new MT5 platform.

The number one reason why millions use MT4

By comparison, the range of third-party programs for MT5 is quite low, which reduces its usefulness as a tool for automated trading.

The Future of Mt4

Unless MetaQuotes can create an effective bridge from MT4 to MT5 without having to redo all the current 3rd party applications, it is hard to accept the possibility that MT4 will be discontinued or that users will be required to upgrade to MT5 any time soon.